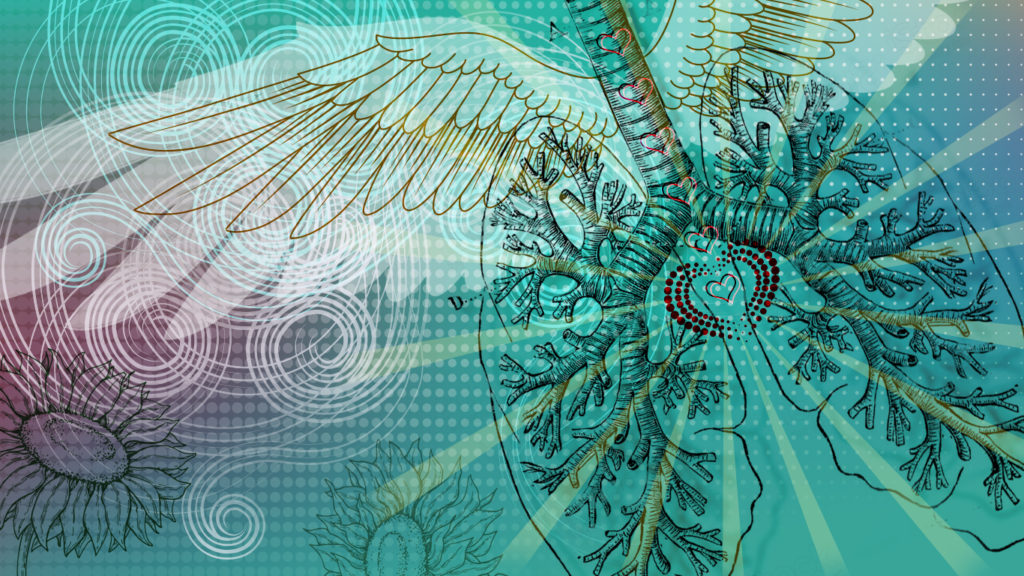 What is vaping? What is a “JUUL?” And why do people do it?

The National Center for Biotechnology Information released a study that suggests about 70 percent of young adults smoke as a form of “social smoking,” such as when out partying.

E-cigarettes, which were commercialized in 2003, were designed to look like a cigarette. As time passed, different kinds of e-cigarettes have been made. Popular among young adults is the JUUL, which is a rechargeable e-cigarette. JUUL is a brand name, in the way that people refer to tissues as Kleenex. In popularity, it has replaced box mods, which are large-size tank device e-cigarettes.

When e-cigarettes were invented, their purpose was to decrease the health risks of smoking tobacco products, which is not the common reason for usage today with most college students. One student at the University of Wisconsin-Madison, Natalie*, 20, uses her JUUL almost every time she drinks with friends. She says she doesn’t need or use it when she’s sober, but if she’s drinking and craves a nicotine buzz, she won’t stop smoking until she gets it. Another student, John*, 19, tried his first e-cigarette when he was a freshman in high school. “I did it because my friends were trying it,” John says. “All my friends and I did [it] to do tricks. We didn’t even know there was any nic[otine] in them.” John transitioned from using an e-cigarette, to box mods, and now to a JUUL. He switched to a JUUL because the smell of his box mods made him nauseous. John is now aware that nicotine is in e-cigarettes, but he continues to vape because he likes the buzz.

Nina Gregerson, the health education coordinator at PHMDC, urges students to stay away from e-cigarettes and tobacco products, in part because of their high amounts of nicotine. “Nicotine is one of the most addictive drugs available today—it is compared to heroin in terms of addictiveness,” Gregerson says. She also says that the nicotine in e-cigarettes can cause harm to people’s learning and attention, and also make users more susceptible to substance addiction later in life. One pod from a JUUL is equivalent in nicotine to a pack of cigarettes, and an average pod lasts about 200 puffs, according to the JUUL website.

“So e-cigarettes have nicotine, but are they bad for you? It’s not like smoking tobacco…”

One the biggest side effects is addiction. Technically, once a person is addicted, they will be for life. The receptors in the brain are what become addicted, and when a person wants nicotine, the receptors light up and cause cravings. Once a person feeds that addiction, whether through tobacco products or e-cigarettes, those receptors become calm.

If a person is able to control their cravings, the receptors become dormant. But any form of nicotine exposure, including through second hand smoke, can trigger the receptors again. Inhaling nicotine, even by vaping, increases your chances of smoking cigarettes by four times more than if you hadn’t started vaping.

Gregerson explains that the aerosol in e-cigarettes can cause harm to the eyes, ears, throat, and lungs, even for bystanders. And at UW-Madison, students have been found vaping in libraries and charging JUULs in classrooms. According to Dr. Patrick Kelly,  interim director of UHS Medical Services, the usage of JUULs among students is becoming a concern to faculty and staff.

E-cigarettes can directly affect your study habits by impacting the chemical balance in your brain. The frontal lobes of the brain develop well into the mid-twenties, which affect movement and behavior. This development can be adversely affected by nicotine usage, impacting a person’s impulse control and decision making, according to Dr. Kelly. He said that more than 90 percent of smokers start before the age of 20.

“You’re attracted to [nicotine] before you have full brain development, and then it’s reducing that very same thing that would allow you to make good decisions around this,” Dr. Kelly says.

JUUL received backlash from the FDA, who largely criticized JUUL for its promotion of pod flavorings, claiming the flavors encourage youth to buy the product. In response, JUUL no longer sells the flavors mango, fruit, cucumber, and crème through retail orders.

These flavors are also said to have dangerous chemicals, which other flavors, like mint, might not. One of the chemicals found in e-cigarettes, called diacetyl, can cause popcorn lung. Jennifer Damask, the alcohol, tobacco, and other drugs prevention coordinator at UHS, says popcorn lung is often associated with JUUL flavors that are buttery. The FDA doesn’t regulate any of the chemicals in JUULs, but cancer-causing chemicals have been found. “We’re just really in this unknown time period,” Damask says.

E-cigarettes contain heavy metals and carcinogens, both of which can cause long-term lung cancer, according to Dr. Kelly. Some of the heavy metals found in JUULs include lead, nickel, and silver. And although extensive research has not been performed on e-cigarettes, data has already shown both long and short term negative effects from chemicals and heavy metals in the e-cigarettes.

Since nothing has been regulated, and some of the chemicals in e-cigarettes are unknown, wait for more data and information before using e-cigarettes as a recreational activity.

“We waited 40 years to address the harms from cigarette smoking and secondhand smoke exposure; we don’t want to wait 20, 30, 40 years to see what the long term effects of these products have on health,” Gregerson says. “We also do not want our younger generation to serve as guinea pigs for the e-cig or tobacco industry.”

If you or a friend uses e-cigarettes, it’s not too late to stop.

Prevention is the best choice, but help is available for those wishing to quit. Damask suggests students reach out for help at UHS’s Mental Health Services, and try nicotine replacement therapy. Replacement therapy replaces the e-cigarette for a healthier option, such as the patch, cinnamon toothpicks or cinnamon gum, and lozenges. She also says people could do something like move their apartment furniture. Damask explains that sometimes people associate certain surroundings or a time of the day as a time to smoke. By re-arranging furniture, it could help break the habit of smoking.

Damask says only about 10 percent of people can quit “cold turkey.” She says therapy is a good place to talk about how hard it is to quit.

With the high counts of nicotine in e-cigarettes, don’t give up trying to quit if it doesn’t work right away. Surveys, like the ones conducted through UW-CTRI, found “that dual users of e-cigs and regular cigarettes smoked fewer cigarettes per day, but were taking in the same amount of nicotine,” according to Christopher Hollenback, the communications director at UW-CTRI. In another survey, conducted in 2016, no evidence was found that e-cigarettes reduced carbon monoxide levels for users.

Hollenback says it is hard for students to quit. “Most patients UW-CTRI sees say they started nicotine use when they were young, wish they never had, want to quit, but comment on how hard it is,” Hollenback says. “We’re here to help them quit for themselves and those they care about.”

If you haven’t already, prevention is key. Gregerson promotes prevention services like SPARK, a state-wide program working to omit tobacco products from college campuses. In a 2017 survey, SPARK found that 81 percent of 10,000 UW students approve of a tobacco-free campus, including a campus free of e-cigarettes.

Gregerson also promotes prevention to youth through services like FACT, which target students in grades seven through 12.

For help on quitting, UHS offers confidential services that students can sign up for in their MyUHS accounts to talk with a behavioral health specialist, or they can call UHS at 608-265-5600.

Additionally, UW-CTRI offers the Wisconsin Tobacco Quit Line, available at 800-QUIT-NOW, or at WiQuitLine.org, to help prevent and stop people from using tobacco products and e-cigarettes.