January is Stalking Awareness Month, and Andrea Lawson, interim director of Mental Health Services at University Health Services, says students who experience stalking may not self-identify as victims but struggle with how to label their experience.

Stalking, by definition, is repeated actions or behaviors that cause fear. This type of unwanted attention can be difficult to shirk, and students often downplay stalking because it’s committed by someone they know. Most victims know their stalkers and the majority of female victims—and many male victims—are stalked by intimate partners.

“One of the biggest barriers for students is feeling like they will be believed if they come forward. Stalking is still not a topic that has gathered as much social awareness on college campuses as other types of victimization.” 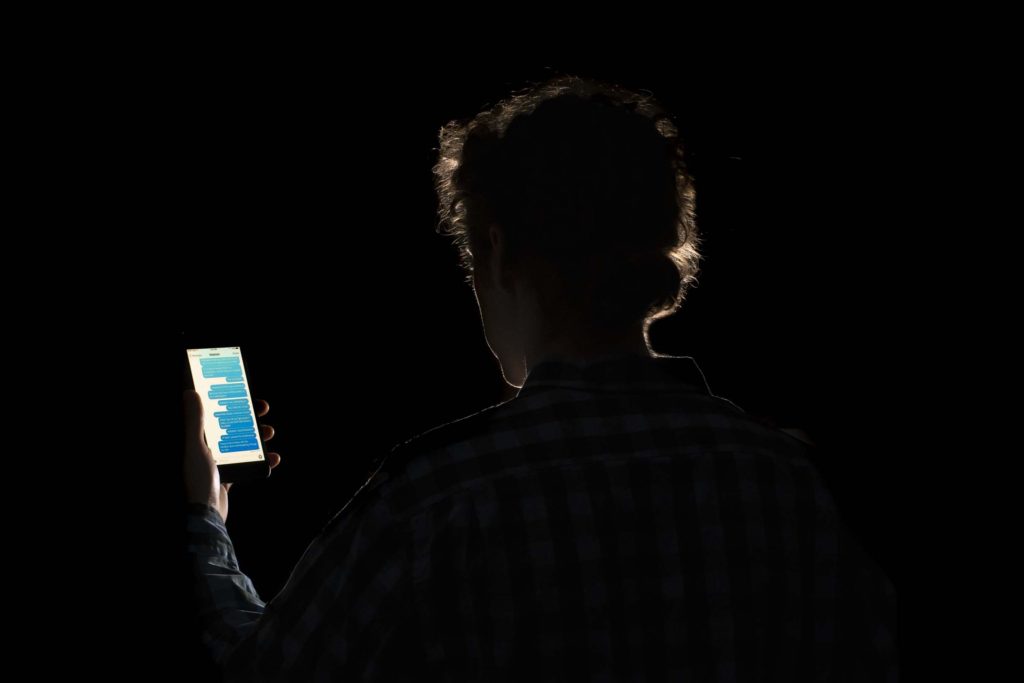 Lawson says it can be difficult for students to spot actions that signal unhealthy and boundary-crossing behaviors. This becomes increasingly more complicated when students get messages from movies, television shows, and peers that the persistent and relentless pursuit of someone is romantic. Many college students have grown up with the message that these behaviors are something they should want from a potential intimate partner. Stalking behaviors are then viewed as normal or even desirable.

“What may be romantic to one individual is alarming and scary to another. A stalker can hide behind the concept of courtship while those actions negatively impact the other person’s life,” says Lawson.

This relabeling of stalking to romantic pursuit is reinforced by social media as technology related-stalking has increased. The gap between harmless social media browsing and criminal behavior is not as large as we would like to think. Social media platforms have shifted the standard that having unlimited access to people is a violation of privacy.  Integrated technology—such as geotags—make it challenging to distinguish between healthy behavior and harassment. Lawson says many students ask themselves “Is it alright that I’m bothered by this?”

This has a very real impact of creating apprehension in sharing with friends, parents, or other support systems because they think they will be told they are being too sensitive or overreacting to things that aren’t that big of a deal. “The loss of safety and control that a stalking victim experiences takes a toll on their physical and psychological well-being,” says Lawson.

“College is a time to explore yourself freely, not to have someone control you or stifle your growth,” says Lawson. “A healthy relationship is fostered by a mutual respect of boundaries.”

“Students need to know that they’re not alone and there are resources available to help them.”

Lawson says stalking typically starts small by adding someone to one or more of their social media accounts. Then, their phone number is obtained and the contact usually progresses into receiving what seems like harmless texts; “What are you doing?” “How was class?” “Want to grab coffee after your shift is over?” From there, requests to see the student or further probing questions may continue. On social media, the student might notice that all of their status updates or photos are being liked by this individual. This is where most students usually share with their roommate, parents, friends, or partner that something feels off. Most of the time they are disregarded as the actions of someone who is just being nice or socially awkward. The student typically tries to tell themselves that if everyone else thinks it is fine, they are just overreacting.

Victims of stalking often try to sort it out on their own before they seek help from a victim advocate. Lawson sees more than 50 student clients each semester and says that stalking and IPV are not isolated to male/female relationships. She counsels male victims as well as partners in same-sex relationships. She adds that students wonder what they’re doing to bring on this behavior and to remember that they are not at fault. She urges students who feel unsafe not to minimize their feelings. “It’s hard to admit when we don’t feel safe and people don’t want to believe that another human is capable of harming them so they turn it back on themselves.”

How to get help

Students have options if they decide to seek help for stalking or IPV. They can begin by having a one-time meeting with a victim advocate to determine their needs. Since fall 2014, EVOC has served more than 70 student victims.

In addition, students can drop-in during regularly scheduled Open Access hours (no appointment is needed) as many times as they need. Victim advocates can also refer students to campus and community resources.

Empowerment groups are led by trained university staff who are dedicated to addressing sexual assault, intimate partner violence, and stalking.

Victim advocates and law enforcement recommend that students who are being stalked maintain a stalking log of dates and times of unwanted contact including text messages, phone calls, and emails. If the Dean of Students Office finds a student responsible for stalking, the penalty may range from a reprimand to expulsion from the university, depending on the situation.

UHS victim advocates do not provide services 24 hours a day, but UHS has a 24-hour mental health line and nurse advice line, and 24-hour victim advocacy services are available in the greater Madison area through the Rape Crisis Center or Domestic Abuse Intervention Services.

If you or a student you know would like to speak with a UHS victim advocate, call 608-265-1483 or email survivorservices@uhs.wisc.edu.